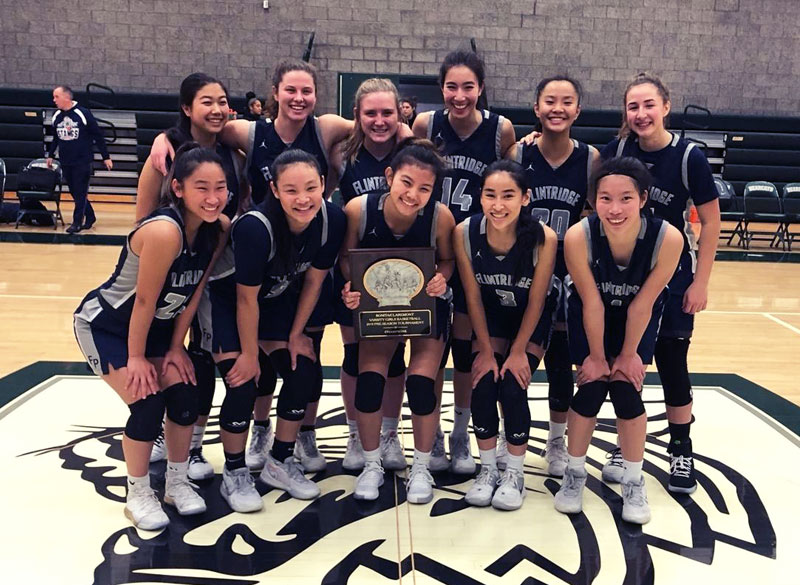 This week, we have round two of winter sports previews for girls water polo and girls soccer. The water polo team is now competing in Division VI, bumping up from Division VII last year. Last week, the girls defeated Westridge with a sweeping 13-1 victory, ending their December matches with a bang. On the field, girls soccer is revamping its look after many players graduated in May 2019. Though they competed in the Division II playoffs last year, this year they’re competing in Division III. The girls have maintained their winning streak since starting off the preseason, defeating all their opponents at the Duarte Varsity Soccer Tournament last week.

In a match on Tuesday, boys soccer tied 1-1 with South Pasadena. This tie comes off a slew of victories at the San Gabriel Valley Cup Tournament, where the boys defeated Walnut, Muir and Chavez. The boys defeated Muir 7-0, with four goals coming from Simon Siskel and two from Silas Chavez. This weekend, they’re back at the tournament,

In the championship game at the Bonita Tournament, girls basketball celebrated a week’s worth of wins by defeated Roosevelt Eastvale 78-73. Kaitlyn Chen ’20 earned the Tournament MVP award, and Sofia Gonzalez ’21 and Ashlyn Zhang ’22 received all tournament awards. Despite a strong set of performances these past two weeks, the team fell 61-67 to Marlborough in a nonleague game, but they’re hoping to make a comeback at tonight’s home season opener against Westridge. Stop by at 5 pm to give the girls an extra boost!

Boys basketball fought through a few tough losses during the Burbank Varsity Tournament, yet they’re looking ahead to today’s matchup against Duarte to regain their tempo. Don’t forget to cheer on the boys tonight at 8:00 pm in the Prep Gym.

Next week will be a much-deserved break for our athletes, who will be taking midterms before heading off for winter break.