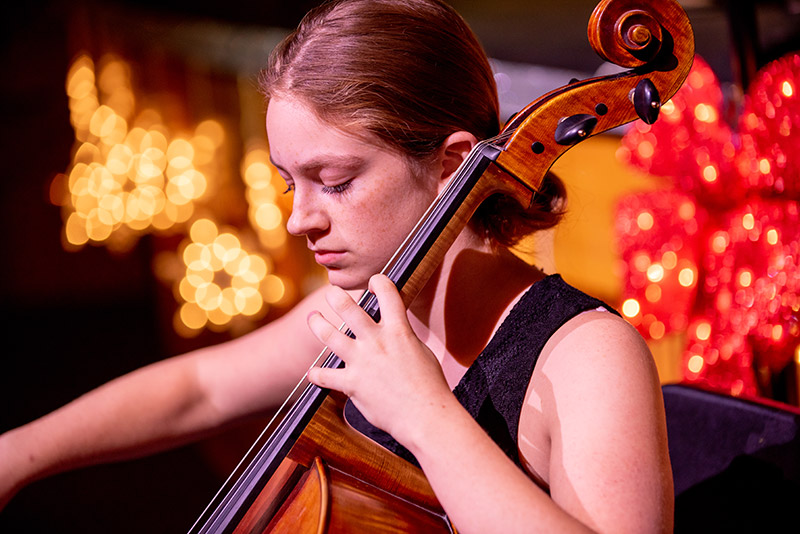 In an evening full of festivity, Prep’s Instrumental Music department hosted its annual winter concert on December 1 in Norris Auditorium.

The night began with a string quartet (Isaac Chung ’22, Kendryek Wu ’22, Carissa Coane ’21 and Alex Yeh ’21) performing Chopin’s “Prelude op. 28 no. 7” and “Carol of the Bells,” followed by the Community Orchestra’s take on “Aragonesa” by Isaac Albeniz. Orchestra followed with three pieces, including Bach’s “Air on the G String” and an original composition by Dr. Margitza entitled “Song for Flintridge Prep.” 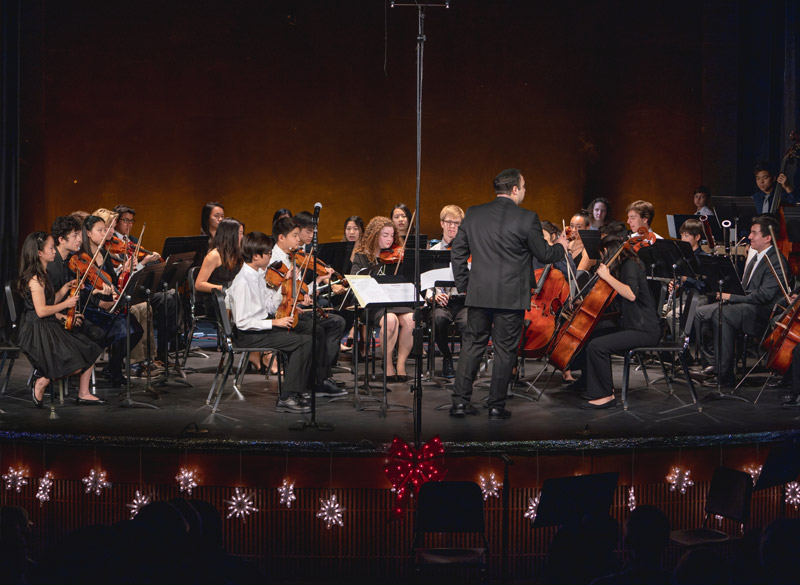 Switching genres, the Jazz Band picked up the tempo with four tunes, such as Miles Davis’ “Milestones” and Thelonious Monk’s “Straight, No Chaser.” Then, Jazz Rock Ensemble capped off the evening with Herbie Hancock’s “Watermelon Man” and “House of the Rising Sun.” 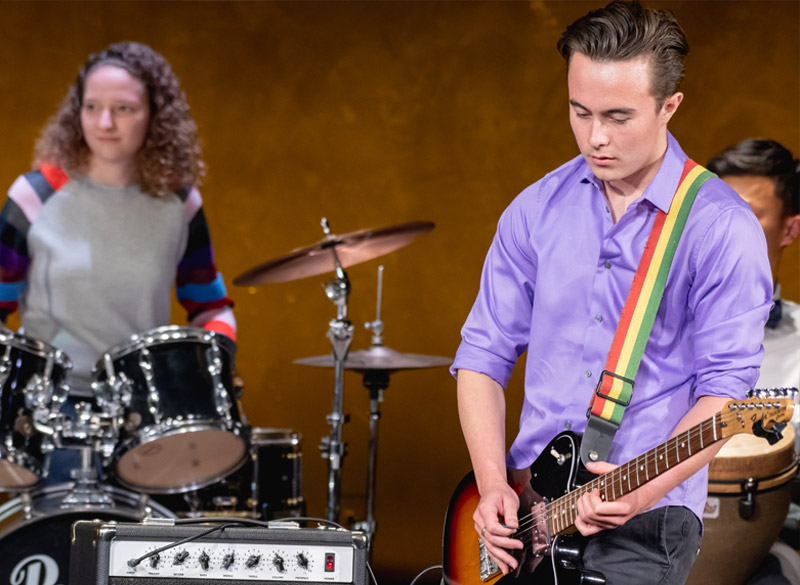 The night was the perfect introduction to the holiday season, leaving the audience swaying and foot-tapping out the door and into December. 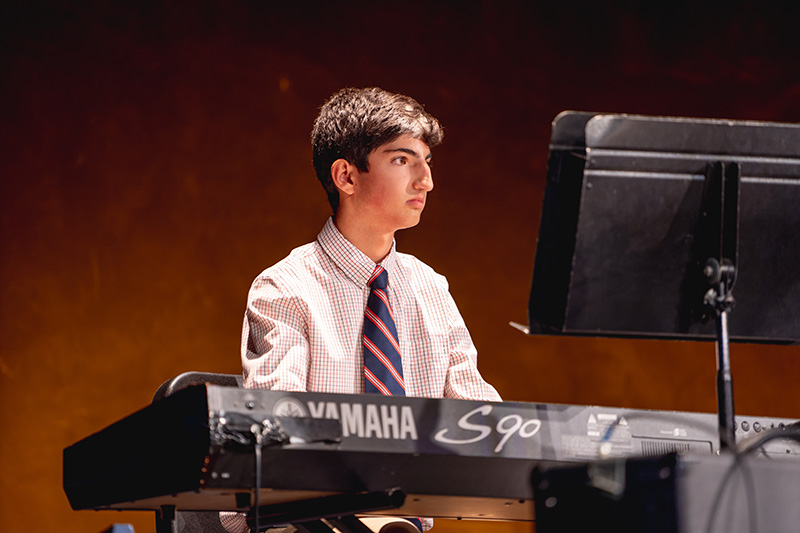