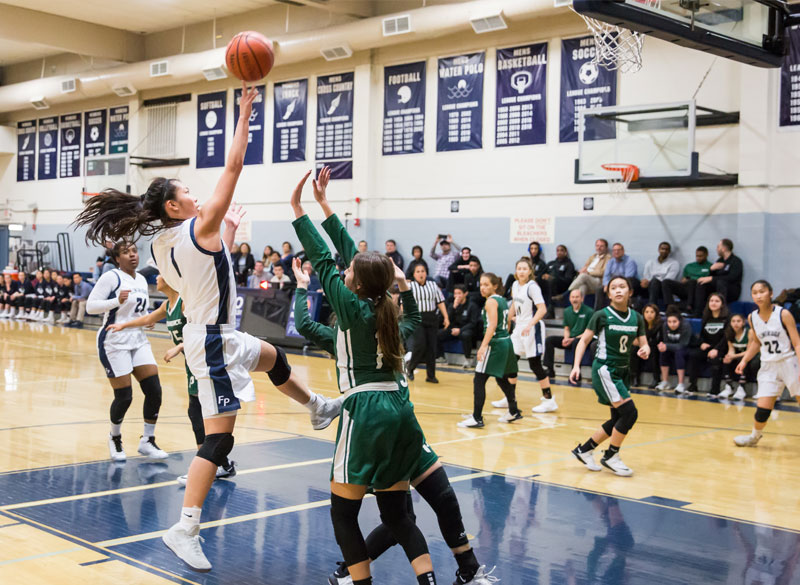 In the midst of a post-Thanksgiving haze, the boys cross country team traveled up to Fresno, CA for the November 30 State Cross Country Championships. The boys placed fifth, closing out a successful season that included a Prep League championship title and the CIF Division V championship title. Hudson Billock ’21 and Bennett Oakes ’21 finished the race together at 21st and 22nd, respectively.

And with that, the fall sports season at Prep has come to a close, but the winter season is already up and running. Previews were just published for girls basketball, boys basketball and boys soccer, all of whom are looking ahead to add another Prep League title or CIF Championship title to their shelf.

As the winter sports teams spend this pre-season time getting ready for the league, many teams are busy establishing their dominance at tournaments. Girls soccer defeated Temple City on Thursday’s game at the Duarte Tournament. Boys soccer took on La Canada, tying 1-1 against the Spartans, and is playing in the San Gabriel Valley Cup this weekend. Boys basketball continues to play in the Burbank Tournament, despite falling to Burbank 52-48 in overtime; they’ll be taking on opponents this weekend at Burbank. Girls basketball led the Mark Keppel Tournament last week, and are currently participating in the Bonita Tournament, where they’ve defeated all their opponents thus far.