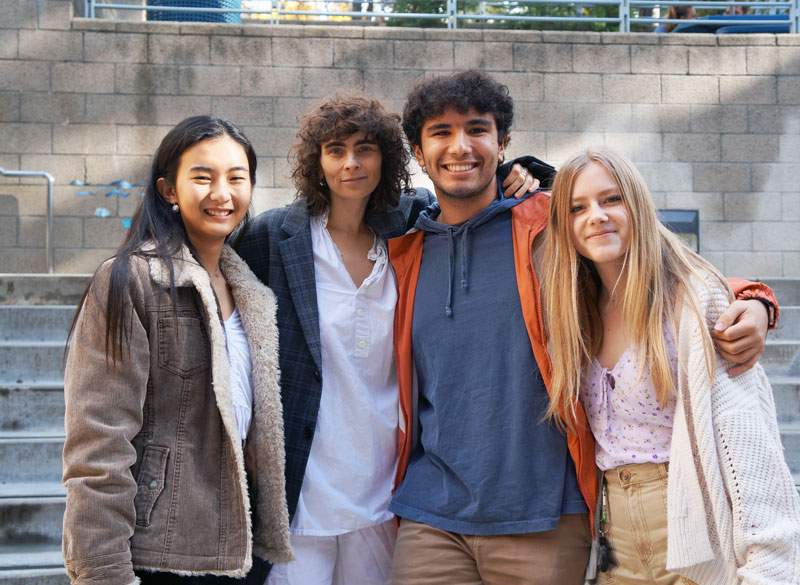 Cinematographer, screenwriter and artist Amanda Kramer came to campus for a FLINTerview in December. The event, hosted by FLINT (Flintridge Prep Leadership Initiative), features guest speakers who share with students their unique take on leadership. Though she describes herself as a filmmaker, Kramer dislikes the label, explaining that at any given moment, she’s networking, on set, writing or doing research. Each of these tasks require different skills to shine, but the main requirement for her job, she says, is to love what you do.

Luckily for Kramer, she does. She also brings a singular perspective and attitude to her work, noting, “You have to be yourself. You can be professional without wearing a traditional business suit.”

Kramer’s latest film project, “Ladyworld,” offers a scary and unflinching portrayal of eight teenage girls stuck in a house that has been buried underground by an earthquake. The situation quickly devolves into an all-female version of Lord of the Flies.

FLINT member Emily Zhou ’21 says admirably, “Amanda Kramer is a woman in a male dominated field. She has to work with a large group of people at any time and be able to lead them. I think she provided perspective for the students who are interested in going into that field.”

Kramer is also relatable to students because “all of her films use actors around 17-21,” says Zhou. “Amanda’s really passionate about female power in roles where they’re traditionally held down and I think we could use a fresh perspective on campus. I believe Amanda exemplifies a lot of FLINT’s core values as she was talking about commitment to her job, collaboration, spirit and more.”