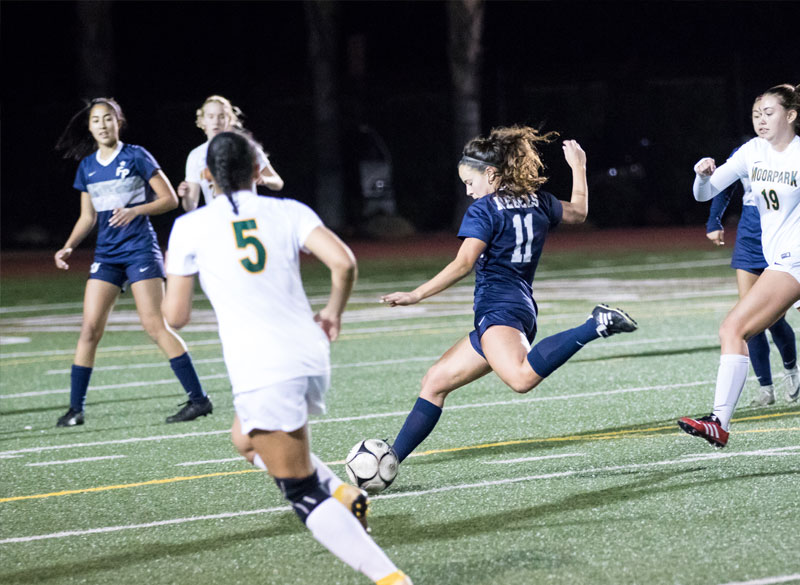 For the past few league games, girls varsity soccer has been racking up the victories. After last week’s sweeps of 7-0 against Mayfield and 12-0 against Providence, the girls started off this week with another blistering blow against their opponent. Defeating Chadwick 9-1 on the Dolphins’ home turf, the team has been marking their territory in and outside of the league this year. Since they started off the pre-season in December, they’ve taken down every single team they’ve encountered except for one. Today, the girls face Westridge in a Pack the Place matchup on Prep Athletic Field. Wear white and cheer on girls soccer, because they’re making a name for themselves in 2020.

Also hosting a Pack the Place match today—and remaining on top of their game—is girls basketball. The squad gave the Westridge Tigers a defeat worth remembering yesterday. For the team, it was all about defense, and the major player on Thursday’s game was Ashley Chea ’23. Chea scored 25 points, nine steals and seven assists, with six steals just in the third quarter. She is also currently one of the top newcomers in the state, giving Prep an extra boost to its already strong team of players, including Kaitlyn Chen ’20, Alex Kyriakakis ’20 and Sofia Gonzalez ’21. Bringing in a 65-17 victory, the girls squad marked their 50th consecutive Prep League win. The team is now 15-4 overall and 5-0 in league, blazing their way to another spot on the league playoffs spot as they vie for another consecutive title.

In a home match in the Prep Pool, girls water polo delivered a 13-5 victory over Chadwick. Tuesday’s win came after a difficult loss to Poly the week before, and the team regrouped to leave Chadwick swimming off to the deep end. Bolstered by their comeback, the squad took on Brentwood on Wednesday, defeating their host 21-9. Today, they’ll be playing Westridge in a home match for what is shaping up to be a very busy day for Prep sports.

Boys varsity basketball and boys varsity soccer are both playing today. The boys soccer squad came off last week’s tie against La Salle with a hankering for unequivocal victory. On Tuesday, they scored a 5-1 win against Maranatha and hope to maintain that energy at today’s game against Providence. Boys basketball has strongly felt the last two losses against Providence and Chadwick and are hoping to make their comeback today against Poly.

Good luck to all the Prep teams competing today, at home and on the road!