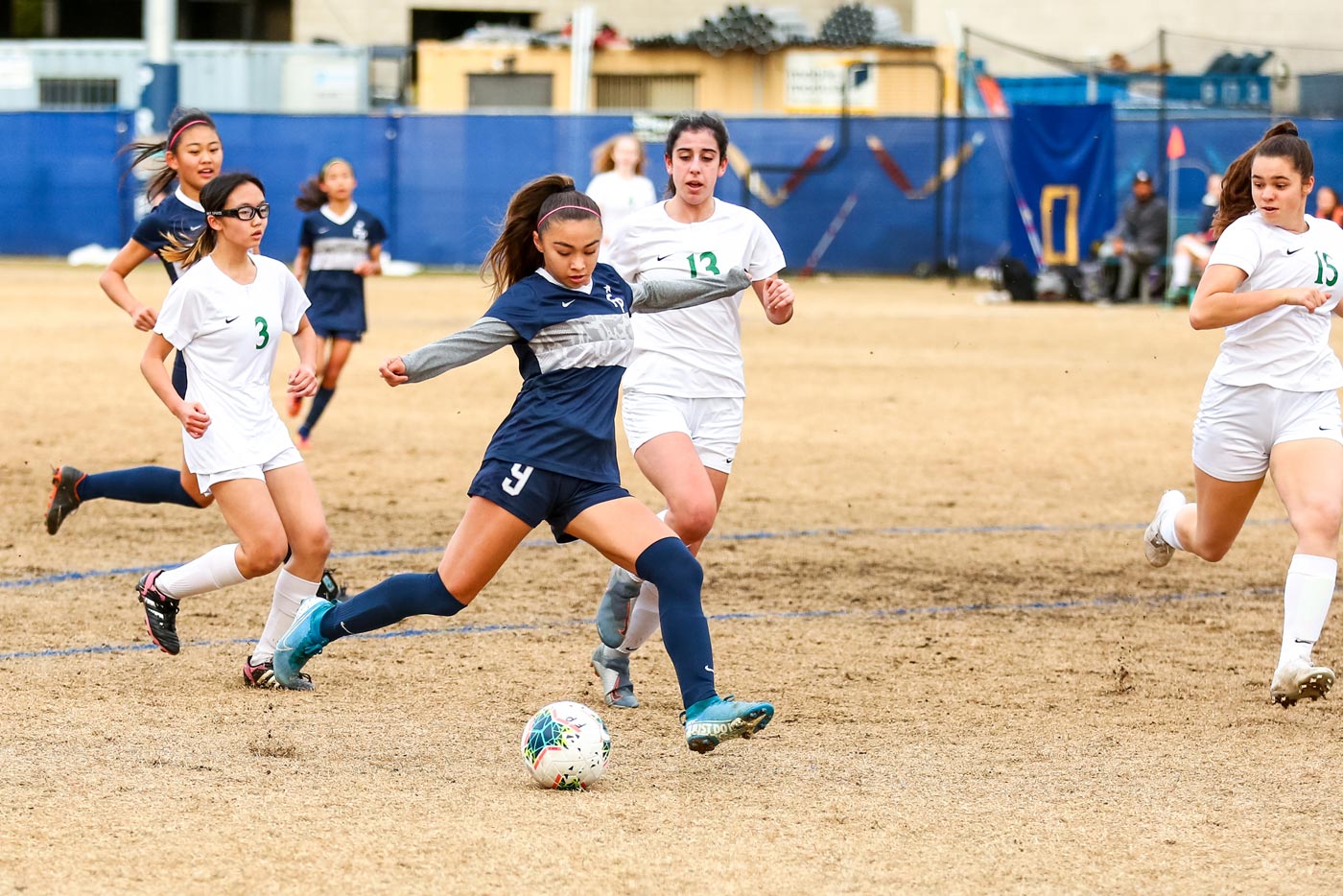 Girls basketball won their fourth consecutive Prep League championship title on Thursday. The last game of the regular season pitted Prep against Rio Hondo, but the Kares were no match for the trio of Katilyn Chen ’20, Sofia Gonzalez ’22 and Ashlyn Zhang ’22. Chen contributed 11 points, 10 rebounds and 10 assists and Zhang made 13 points, but Gonzalez took the lead with 21 points. The girls defeated Rio Hondo 73-28. Winning 56 consecutive league games, the squad wrapped up the season 12-0 in league.

In their last match of the regular season, girls soccer secured the league championship title, paving their path to CIF. The team delivered a wincing blow to Westridge, defeating them 8-0 at the Occidental College field. It was a swift road to victory, with Makenna Dominguez ’21 keeping the Tigers’ goalie on their toes as she scored four out of eight goals for Prep. Dominguez has 103 career goals and is sure to make more as the team heads into CIF playoffs. The team finished the league season 10-0 and 21-1-1 overall.

Though girls water polo endured a slew of losses in recent weeks, they found their way back to make a final play for CIF. Despite losing to Poly earlier this week 9-16, the team made a comeback during Wednesday’s home match against Mayfield. The girls took out the Cubs 14-7.

Coming off their tie against Poly last week, boys soccer hoped for a solid win in their final game of the regular season. At Wednesday’s match against Chadwick, the team did not disappoint their fans or themselves, defeating the Dolphins 8-3. Without a doubt, Silas Chavez ’21 was on fire, making five goals to help catapult the time to victory. The boys earned second place in league with a 10-3-6, 3-1-2 record.

After struggling to overcome Poly’s offense on Tuesday’s game, where boys basketball fell 34-54, the squad closed out league with a third place finish on Thursday. After bleeding into overtime, the team made a play for victory and succeeded, defeating Rio Hondo 54-49. The boys moved up to a 12-13 overall record and 4-4 in league.

Throwing it back to fall season, CIF Southern Section just released its first-team selections for all football divisions, including the eight-man teams. Max Gitlin ’20, Zach Kim ’21 and Ben Grable ’20 were all named and recognized for their contributions to the football team’s success last season.