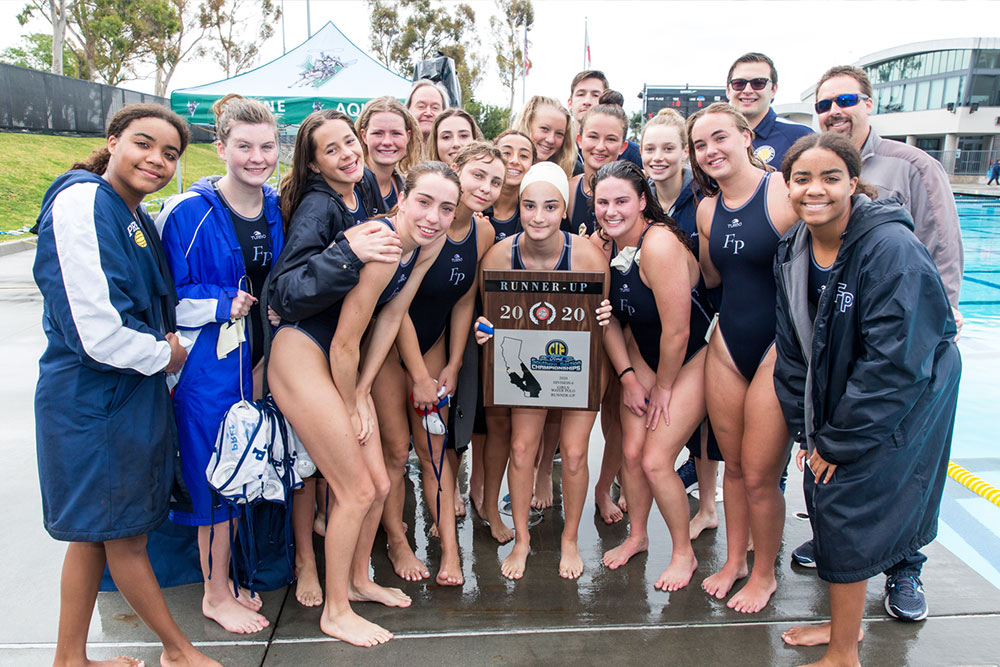 On Monday, CIF Southern Section announced the winter athletes named to the All-CIF teams for girls soccer, boys soccer and girls water polo, including Prep athletes. While spring sports games are presently postponed until further updates from CIF, we want to take a moment to honor and celebrate all Prep athletes. Read below to learn a bit more about the students who made All-CIF and All-League teams. 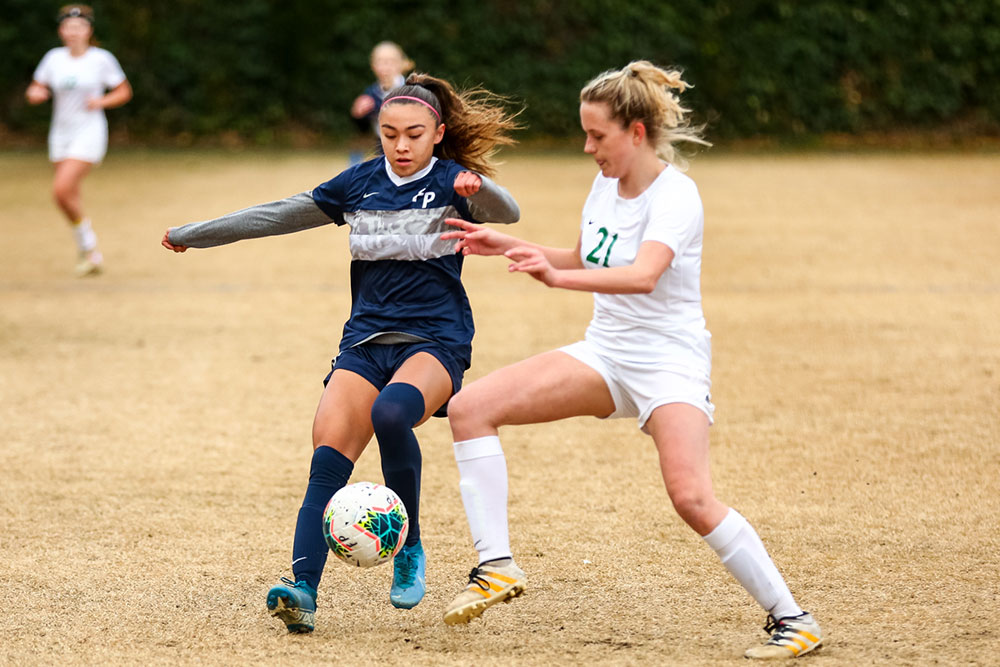 There’s no question. Girls soccer dominated the field this season. For the fifth consecutive year, the team won all their league games to earn the league championship title, dismantling any efforts by their opponents to knock them off the top. Despite many front players graduating in 2019, the team and Coach Esteban Chavez focused on building a powerhouse, with younger team members taking the lead. And, CIF took note.

On Monday, Makenna Dominguez ’21, Kylie Oh ’22 and Sage Shurman ’23 were named to the All-CIF Southern Section Division III 1st team. A forward midfielder, Dominguez made 45 goals and 28 assists this season, followed by Oh—another forward midfielder—who had 28 goals and 17 assists. Shurman, a 9th grade midfielder, had 16 goals and 15 assists. In a Glendale News-Press article, Coach Chavez lauded each of the players’ techniques, recognizing the strength of these players—and others—over the past few seasons. The girls earned the top seed spot when they entered CIF playoffs this past season, and though they fell to South Torrance during the quarterfinals, the girls plan to come back next season to gain another CIF Championship title. 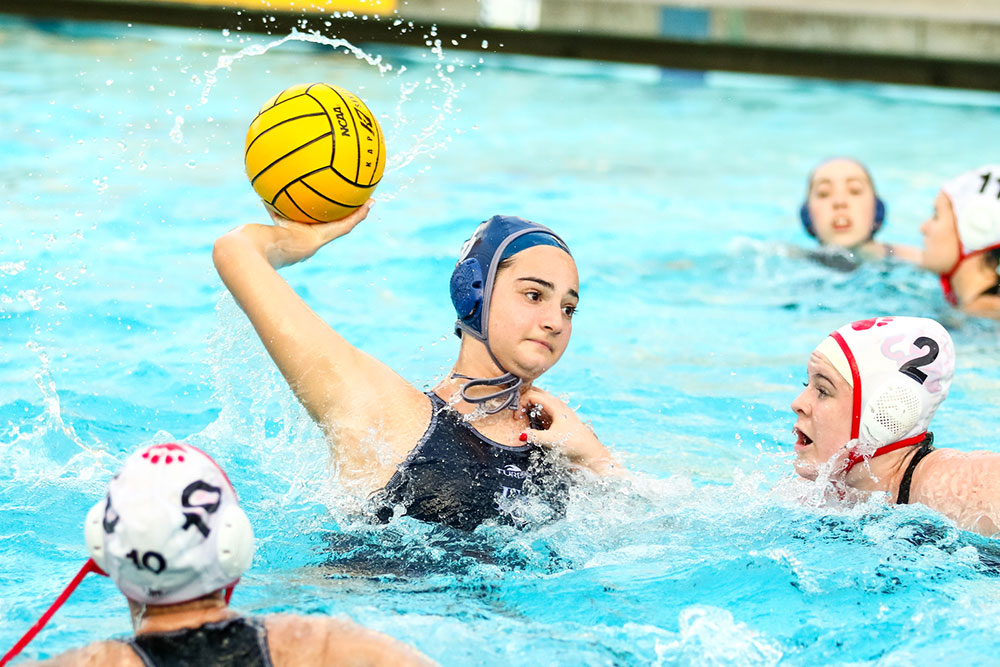 If you weren’t paying attention to girls water polo this year, you were missing out. The girls blazed through their competition to make their name known on the league and CIF stage, with a lot of help from Natalie Kaplanyan ’21 and Makena Walklett ’20. Both Kaplanyan and Walklett were named to the All-CIF 1st team for their division.

Kaplanyan recorded a team-high score of 130 goals, demonstrating the captain and utility player’s presence as the team’s formidable force. Walklett, a hole and guard, made 55 goals this year, despite a shoulder injury.

After finishing their regular season with a 9-3 record and a second place ranking, the girls made it all the way to the CIF championship match for their division—their second consecutive trip to the championships. 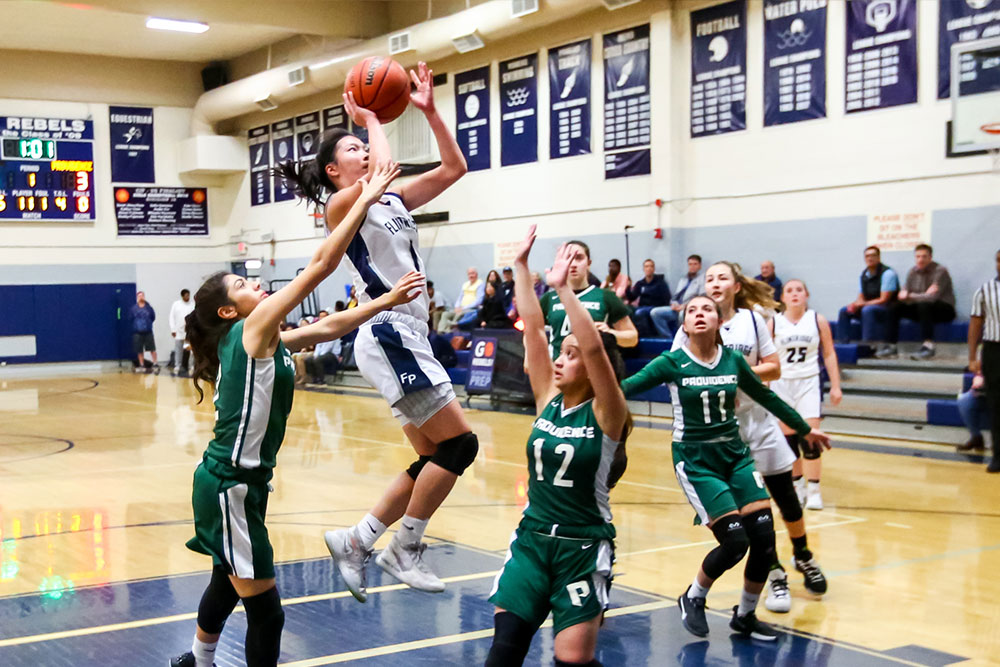 For a third consecutive season, Prep League coaches named Kaitlyn Chen ’20 the league’s most valuable player. A senior, Chen plays forward and guard for Prep’s basketball team, and has been a fixture on the court since she started playing.

In addition to three years as league MVP, Chen is also the program’s all-time points leader, earning 2,009 points over her career, and was named to the All-League 1st team. This season, Chen and the team won their sixth consecutive league championship and enjoyed a winning streak of 57 games. Not bad for her senior year before she heads on to Princeton to play for the Tigers.

Guard and forward Sofia Gonzalez ’21 and guard Ashley Chea ’23 also were named to the All-League 1st team. Gonzalez hit the 1,000-point mark this year, and averaged around 13 points, 6 rebounds and 2 steals per game, according to the Glendale News-Press.

Joining other league players on the All-League 2nd team are Alex Kyriakakis ’20 and Ashlyn Zhang ’22. Kyriakakis averaged 5 points and 5 rebounds per game and played in all 29 games this season alongside Chen, Gonzalez and Chea, and Zhang made 6 points, 3 rebounds and 2 assists each of the 28 games she played. 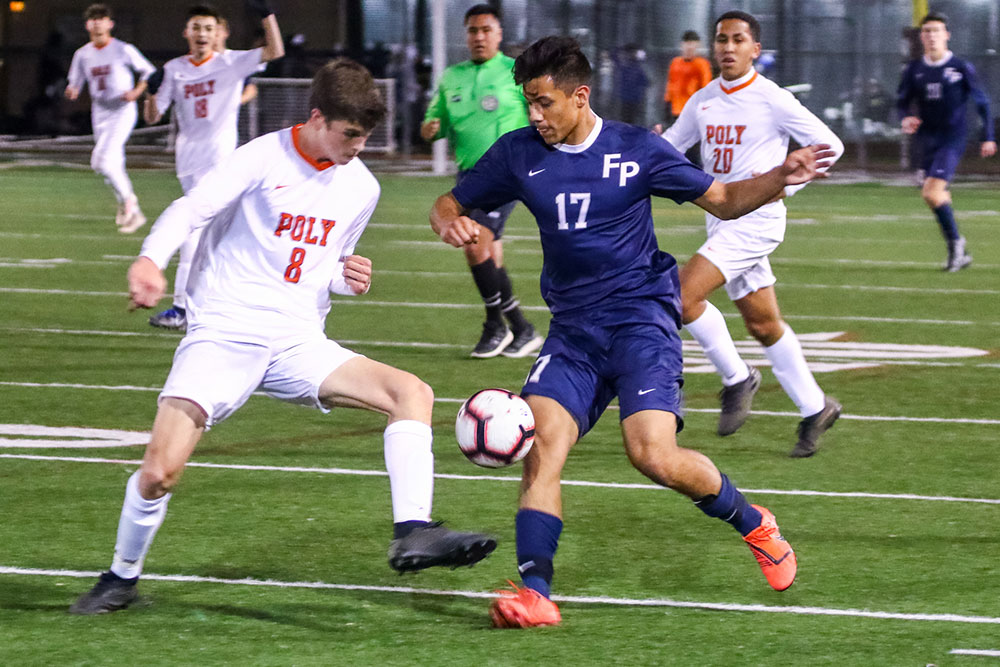 Back on the field, 11th grader Silas Chavez ’21 closed out his third season with Prep with an MVP title. For a second year, Prep League named Chavez the overall MVP after he made 19 goals and 12 assists this season. The midfielder helped launch the team to the top spot in the league, as well as a place in the CIF wildcard matchup against El Monte. Named to the All-League 1st team, Chavez and his teammates Simon Siskel ’20 and Andrew Odom ’21 earned top marks.

Siskel led the team with 20 goals, as well as six assists, and Odom brought up the defense squad, making six goals and 18 assists. Second team players include Jason Kreinberg ’20 and Dominick Schraeder ’22

The team finished in second place in the league with a 3-1-2 record and a 10-5-6 overall. Though they won three league titles straight before, Poly advanced to first place, which sets up the team for an excellent comeback next season to unseat the Panthers. 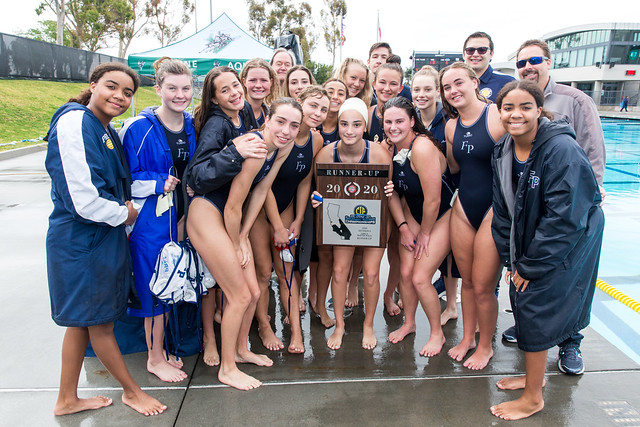