Last school year, the English Department selected Sandra Cisneros’s acclaimed novel The House on Mango Street as its community book for PrepReads, a program in its second year where community members read one book together and incorporate it into the school’s annual theme and curriculum. English Department Chair Dr. Tyke O’Brien got to work with her colleagues across multiple departments on planning unique curricular activities and projects around The House on Mango Street, with the knowledge that our school might still be virtual given the pandemic.

“We knew that focusing on not just the tales but also the storyteller would be a wonderful way to loosen up the voices in our own community early in the year and in many ways across subject, grade level, and role in the community,” shares Dr. O’Brien—and what a rare opportunity Prep students had to meet the storyteller herself. Cisneros visited the Prep community over two days in September, dropping by English and Spanish classrooms virtually and speaking to the whole community in an all-school virtual assembly.

The House on Mango Street tells the story of Esperanza, a young Chicana girl who shares her story of growing up in a Latino neighborhood of Chicago through vignettes that explore identity, class, race, gender, gentrification and what it means to be a young woman.

With the PrepReads program’s goal of having one book permeate all departments and curricula, many teachers incorporated the book’s characters, themes, and plot into their coursework.

Photography teacher Ricardo Rodriguez and Visual Arts Department Chair Tim Bradley developed projects for their photography students that were inspired by Cisneros’s book. “I asked my 9th grade and 11th grade students to find their ‘quiet place,’ which Sandra Cisneros described in her book’s introduction as the room ‘where she can be quiet and still and listen to the voices inside herself,’” shares Bradley. “It took on a different meaning with the quarantine. The 9th graders wrote a private note to their future selves and included it in their images. Only they will know what it says. The 11th graders also wrote a note to themselves but used Photoshop to include the text in the image.” You can see examples below from Sareen Armenian ’22 and Nicole Mirzaian ’22. 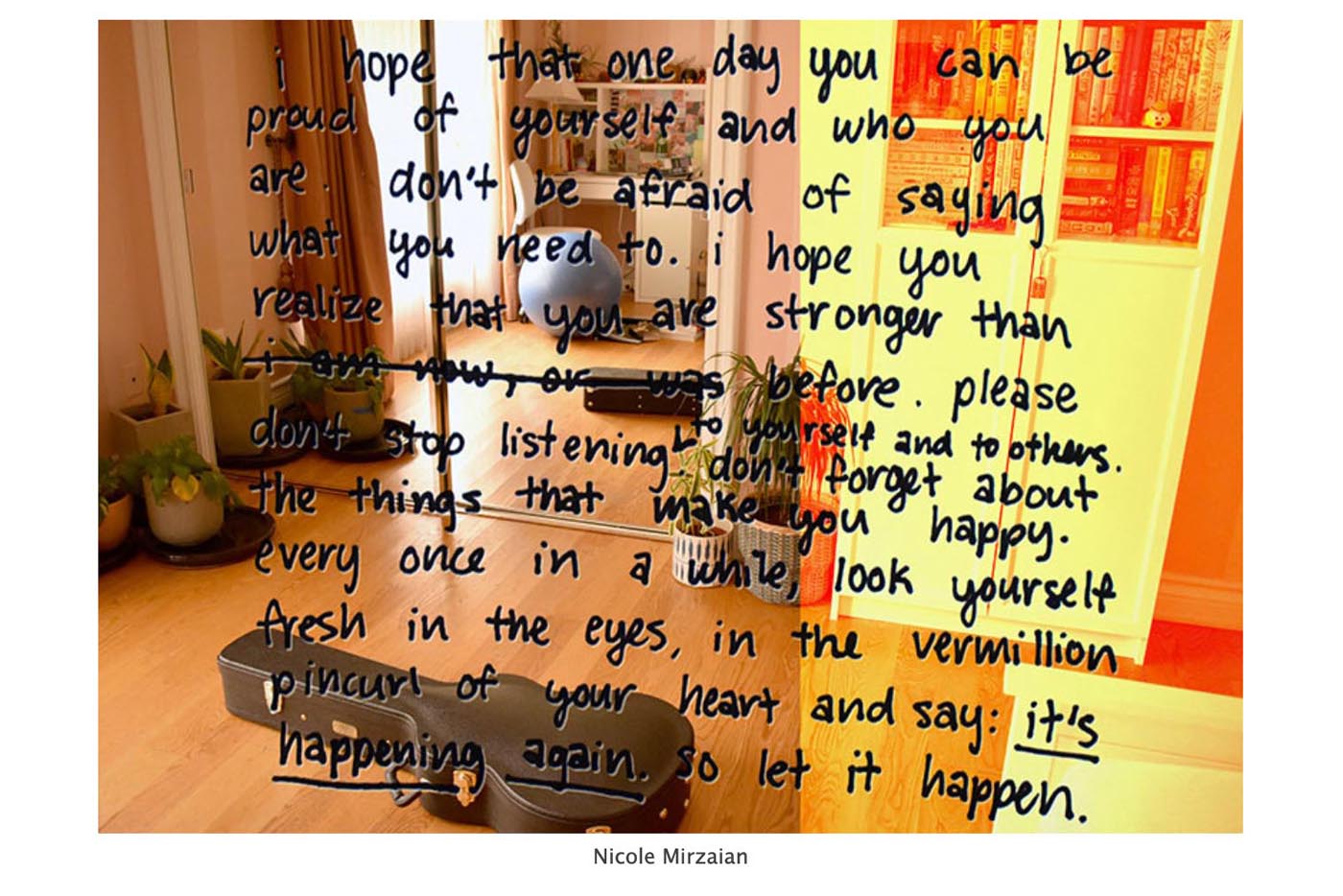 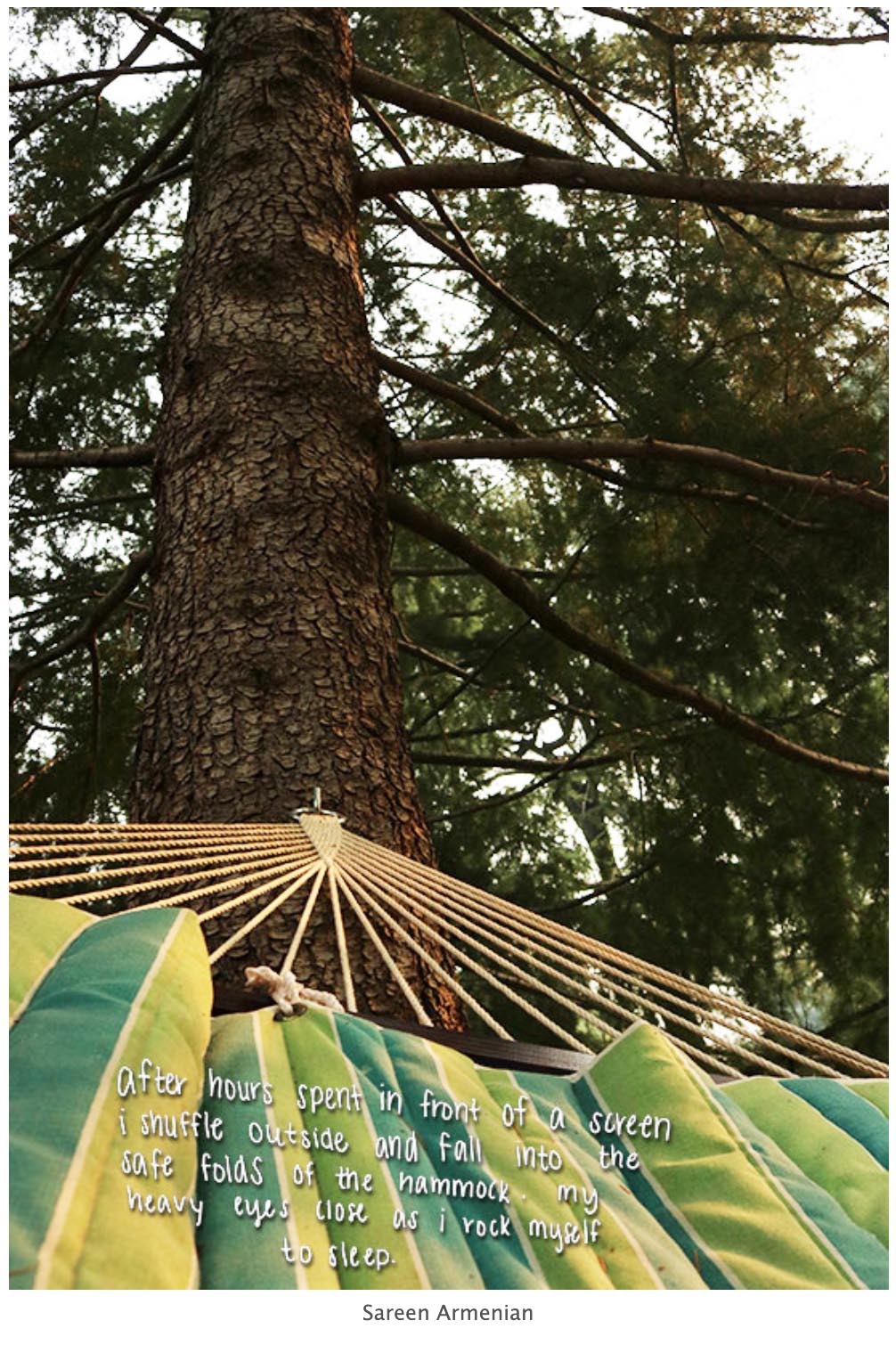 In the English Department and World Languages Department, teachers and students worked very closely with Cisneros’s book, including cross-grade projects that focused on welcoming new students to the Prep community.

Dr. Genevieve Morgan’s AP English Literature juniors partnered with 7th graders in Dr. Olanna Mills’s 7th Grade English class on a neighborhood mapping poetry project. Students wrote multiple poems in different forms—from haiku and odes to aubades/nocturnes—that expressed their identities in relation to their neighborhoods, homes, and communities, and each student’s place within these spaces. They transformed their poems into a visual collection, creating videos and interactive documents to reflect their poems. Juniors worked with their 7th grade partners on developing their own poems and projects and offered them feedback about their works.

Check out some of the projects that students made, including Jasmine Jin ’22, Owen Sussman ’22, and Sasha Winterstellar ’22. 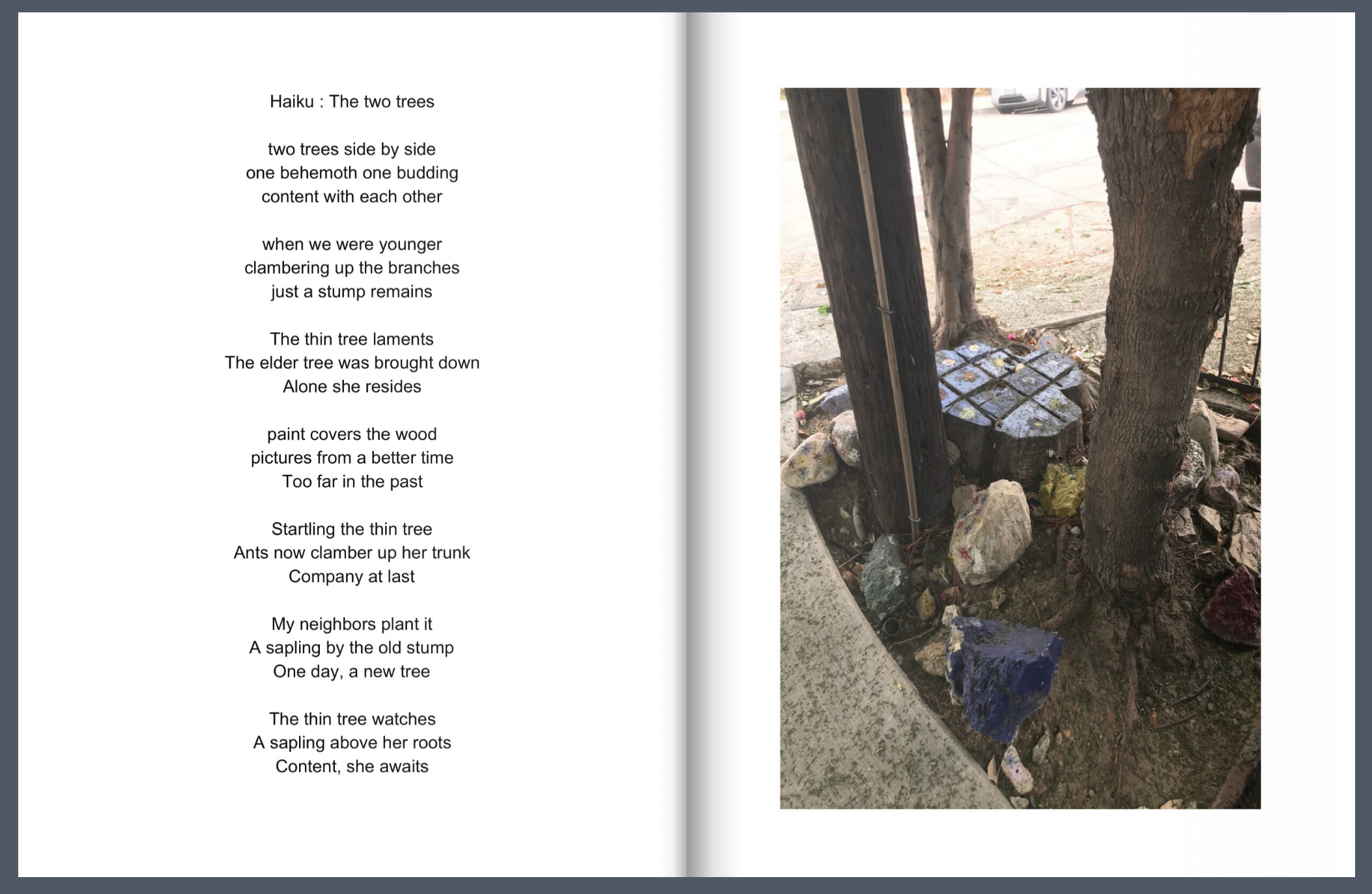 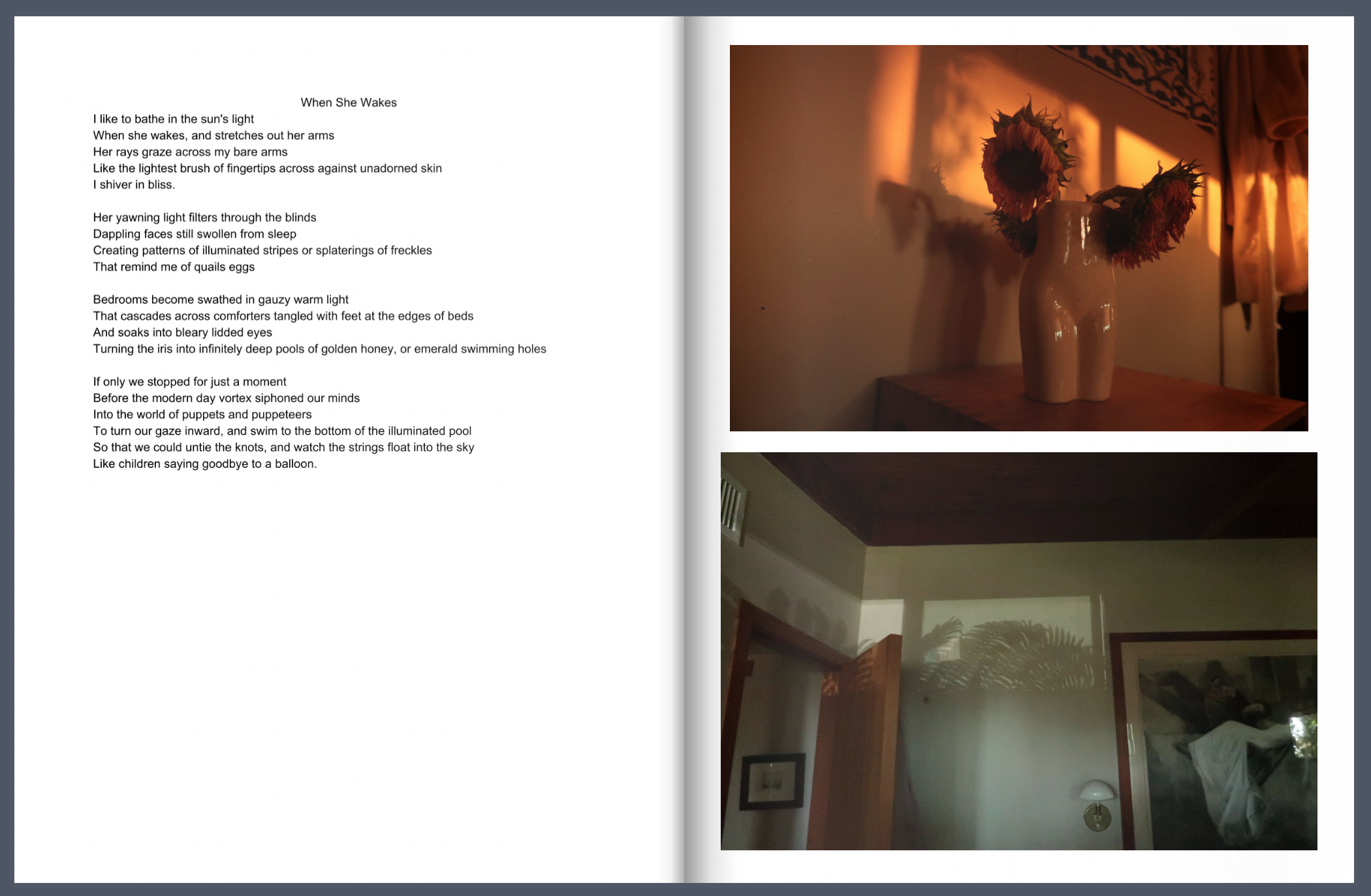 In Katie Canton’s Spanish 4 class, students discussed the book in class and followed up with summaries written in Spanish. One of Ms. Canton’s students, Lotte Brush ’22, shares that she immediately felt a connection to Cisneros and the character of Esperanza, who has an uncanny maturity for a young girl. “Some of the most profound ideas can come from someone who is younger,” Brush says. “I liked how much respect Cisneros’s book gave to children.”

Brush discussed The House on Mango Street in her Spanish class, as well as her English class with Scott Myers, where they read the book alongside Jane Austen’s Pride and Prejudice and Margaret Atwood’s The Testaments, her sequel to The Handmaid’s Tale. In both classes, Brush says that she and fellow students recognized more clearly the different experiences based on socioeconomic status and class—which Cisneros herself pointed out during the virtual assembly as being major themes for her when writing The House on Mango Street.

Spanish teacher Manuel Nuñez gave seniors in his AP Spanish Language and Culture course three of The House on Mango Street’s vignettes in Spanish. “I had them to compare the English version they read as a school and the Spanish versions in my class, and asked them, ‘What did you feel reading the English versus the Spanish and how did you change your perception and understanding of the cultural undertones?’”

Nuñez invited Cisneros to speak to his AP students over Zoom, which resulted in a free-flowing conversation about translations and how meanings change between different words, even within one language. Since its debut in 1983, Cisneros’s novel has become a classic work of Chicano literature that students around the world read in their high school and college courses, and it has been translated into over 20 languages.

“She spoke more about language with the students, about the use of words, vocabulary and meaning. It was all in Spanish,” Nuñez says. “Every year in my class, we have six themes that we focus on and one is public and private identity, and this year we incorporated the book into this discussion we’re having about what’s happening globally with racism and xenophobia.”

Nuñez shares that this assembly and her visit to his classroom was one of the highlights of his career. “I present Sandra Cisneros in my classes, as well as Isabel Allende and other authors, but having her talk to us on a personal level brought the more emotional, human aspect of reading, rather than it just being an intellectual exercise,” Nuñez says. “The students had an emotional connection with the book and the author.”

Brush expressed a similar sentiment to Nuñez, sharing that she was “in awe” of Cisneros during the assembly and in reading the book. “Everything she said managed to be beautiful and poetic,” Brush says. “I cried during the presentation...maybe it was just quarantine, but it was this emotional release.”