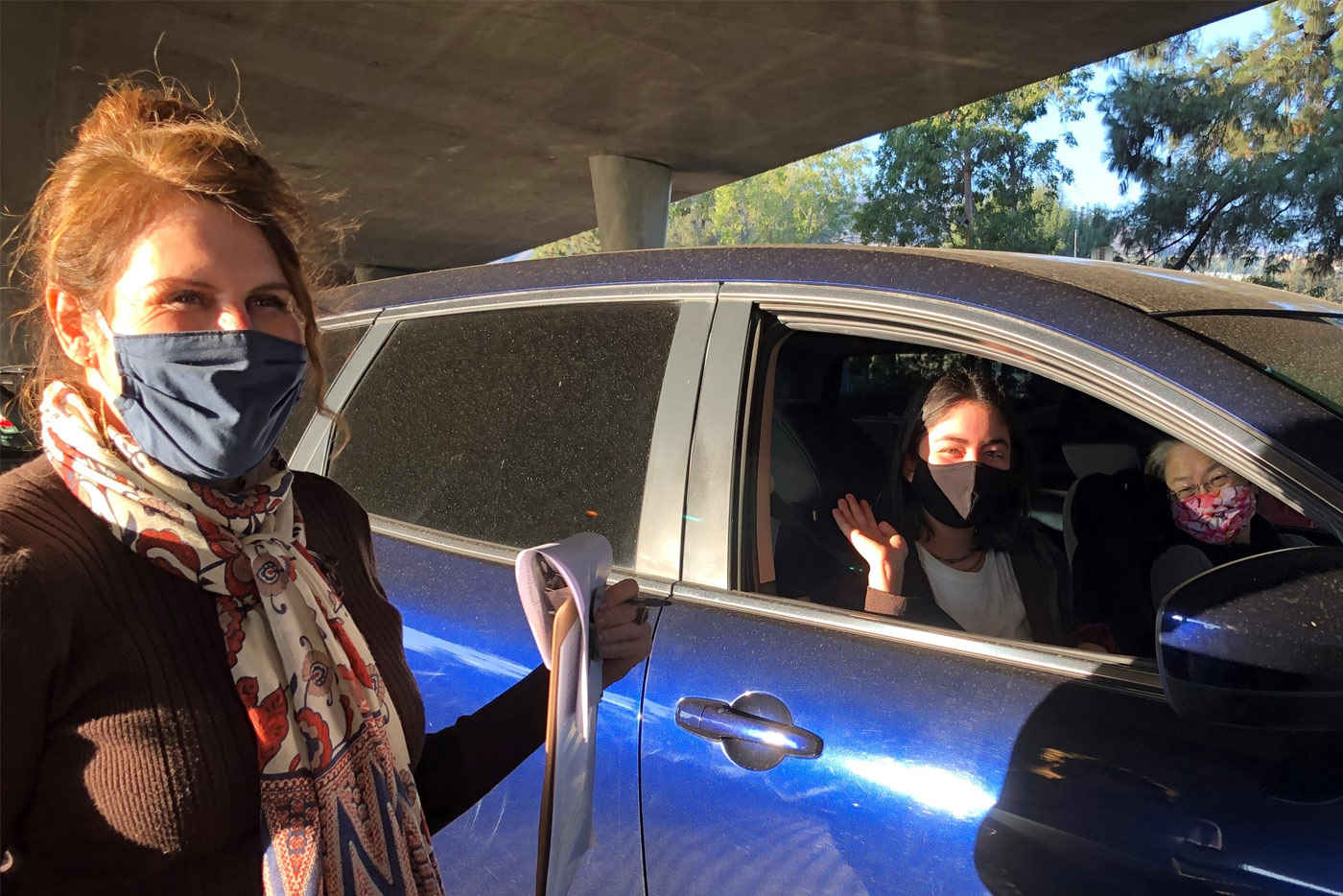 While 2020 was a year of unprecedented change that continues to ripple out into 2021, it also has provided opportunities for reimagining how we live—and how we celebrate. This year’s Junior Parent Dinner event underwent major transformation in just a few months, with students of the Class of 2022 at the center of the work of rethinking this treasured tradition.

The result? Junior Parent Zoom, also known as JPZ, where students put together a virtual show filled with music, entertainment, and hilarity where students showed off all their diverse talents, hobbies, and knowledge.

The Junior Parent Dinner (JPD) is a Prep tradition that began in the 1980s, when the 11th grade class, tasked with creating, organizing, and funding the junior-senior prom, sought to raise money in a unique way. What better way to do that than dinner and a show?

Over the decades, raising money for the general class fund, to benefit the school, took priority. Highlighting talented juniors and adding a silent auction (as well as improving the quality of the food) transformed JPD into one of the most treasured events by parents, students, and faculty.

“This year, we looked to the juniors for new ideas because everything is totally different, and we couldn’t recreate this event in the traditional format and just put it online. That wouldn’t translate, wouldn’t be engaging,” says Erin Peterson, who took over JPZ coordinating duties from Reggie Ursettie when she retired in June 2020. “We asked the students what they wanted, and how they would reimagine this, given that we couldn’t come together on campus, students couldn’t film acts together, and we wouldn’t be able to eat dinner together.” 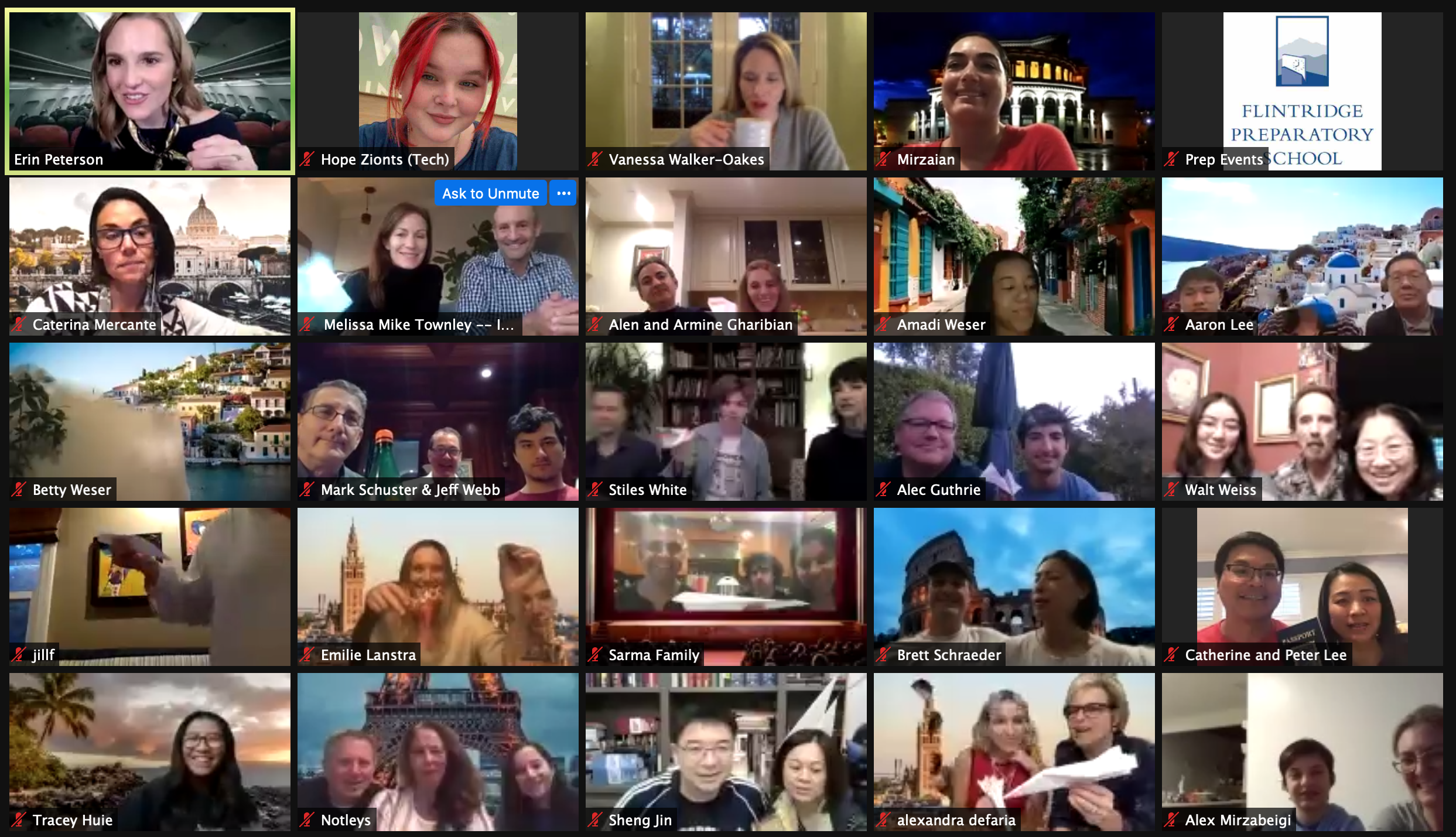 Juniors and their parents spent the evening watching performances together.

With much of the school year focused on meeting students where they are, Peterson and her faculty colleagues, who include Math Department Chair Lesley Fox and Spanish teacher and 11th Grade Dean Katie Canton, were prepared for students to say they didn’t want to do the event at all. They hosted a series of meetings (on Zoom, naturally) that were open to the entire junior class to get a sense of the class’ feelings and to imagine the possibilities.

The juniors rallied around connection and travel (even as we’re all at home), landing on the theme, “Postcards from Around the World.” They also wanted to creatively engage the audience of junior parents and expand their reach towards the local community. For their parents, students wrote a trivia game for the live show and created video entertainment that embraced cultures from around the world, as well as their classmates’ unique skills. Highly aware of the increased food insecurity due to COVID-19, the juniors collected two car-loads full of shelf-stable food donations for Union Station, a local social services agency that benefits LA’s homeless communities.

Recipe postcards were designed by Amadi Wesser '22, and featured recipes from around the globe.

“The kids were really creative and resilient in terms of going to the drawing board and creating something brand new, which is especially hard to do when something has been a tradition for so many years,” Peterson says. “We got a lot of creative videos from students with talents that we wouldn’t have seen on a stage if this was a typical JPD performance. These are brave students who put themselves on video alone, and those videos inspired questions in the trivia game and super-fun theme.”

Ahead of the event, the JPZ faculty crew hosted a drive-thru for junior families to pick up swag boxes (pictured above), which included a boarding pass from La Canada to the world, JPZ t-shirts, and recipe postcards, designed by Amadi Wesser ’22, for appetizers and mocktails from around the globe that the Class of 2022 and their families could make and enjoy while watching the event. 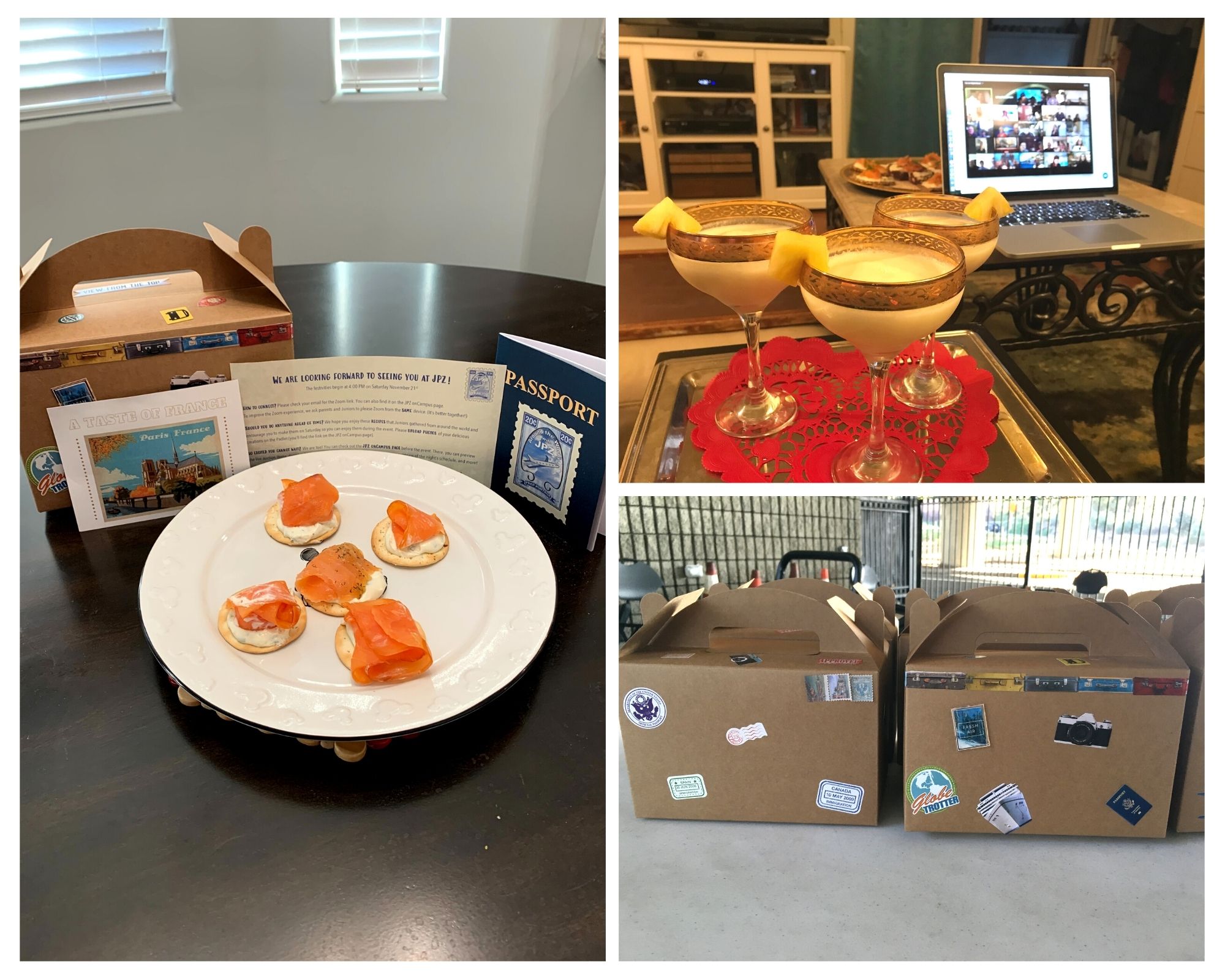 Guests snapped photos of their food and drink creations. Swag boxes included recipe cards and more for the special event.

The class fully embraced thinking out of the box. JPZ kicked off with guests visiting Airport Lounges before “take-off,” heading into Zoom breakout rooms before JPZ hosts Will Fosselman ’22 and Liam Chia ’22 welcomed attendees with a Flight Safety video (which featured original music composed by Alex Mirzabeigi ’22). Wesser led recipe tutorials, Junior Class President Shane O’Neill led a paper airplane activity, and Chia and Fosselman hosted the trivia game throughout the event. Viewers were treated to vocal and instrumental performances (Rosalinda Chen ’22 debuted an original composition!), cooking and mocktail tutorials, plant propagation tips, and more. There was also an interactive online hub, where families could access digital recipe postcards, upload photos of themselves at JPZ, and participate in the live auction.

“In a year when we have to do this all from our homes, our theme took us around the world,” Peterson shares. “How wonderful that we can use our imagination and our virtual backgrounds to take that journey and give us an escape from our houses with our classmates and families.”