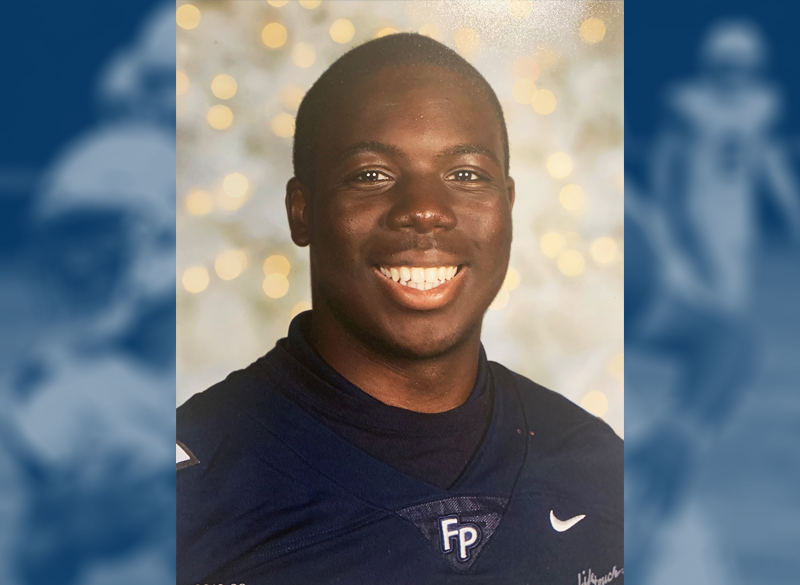 On Thursday, May 28, Foot Locker announced Germaine Harvey ’20 as one of the 20 recipients of the Foot Locker Scholar-Athletes program award. Harvey was chosen out of thousands of applicants to receive a $20,000 scholarship to help pay for college tuition. The award recognizes each student’s demonstration of “excellence in school, on their sports team, and in their communities.” This year, Foot Locker honored Harvey for his leadership, academic excellence, and athletic contributions at Prep—an exciting cap to his four years at Prep and recent Commencement.

Harvey remembers watching Kendall Kikkawa ’17 receive the same Foot Locker scholarship back when he was a freshman, and since then, he was determined to apply during his college application process. The extensive application involved four essays where Harvey shared his story, from details about Harvey’s leadership roles on campus and in the community, to a challenging situation he’s overcome, to showcasing his character and leadership style.

Before the big announcement, Foot Locker reached out to Harvey’s parents, Darryl and Magdaline, to let them know he’d won. “They found out ahead of time and kept the secret,” Harvey says, laughing. On May 28, Harvey joined a video call with Foot Locker and the other 19 applicants, including a special guest appearance by Collin Sexton of the Cleveland Cavaliers. You can watch the full video on Foot Locker’s YouTube channel.

Harvey has been part of Prep’s Athletic Council on Leadership (ACL) since his sophomore year at Prep, as first years are not eligible to join. As an ACL captain of Life Lessons his senior year, he organized the Special Olympics and the partnership between Prep ACL students and the Boys & Girls Club for an after-school program. The program matches Prep students with kids who are struggling academically and provides one-on-one tutoring in math, science, and English, and mentorship.

It was the ACL partnership with the Boys & Girls Club summer camp that first introduced Harvey to Prep back in 2015, and to then-Director of Athletic Initiatives Alex Rivera. “He was not hard to notice by the staff and ACL members the minute he got off the bus and stepped foot on the campus,” says Rivera of Harvey. “His huge beautiful smile and glowing charisma just brightened and energized the camp for the entire week. I knew then that he was going to make a difference in people's lives around him, that convinced me to approach his parents about the idea of attending Prep... the rest is history.”

Harvey is a National AP Scholar and a member of the Spanish National Honor Society, as well as Prep's Student Community Action Council. Last summer, he was part of the inaugural Prep Global Studies trip to Cuba. While in Havana, Harvey and his fellow classmates and teachers learned about the art scene and culture of Cuba, and Harvey catalogued his daily musings and experiences in a journal that he later turned into an art piece. Read more about his experience in the Winter 2020 issue of PrepTalk. 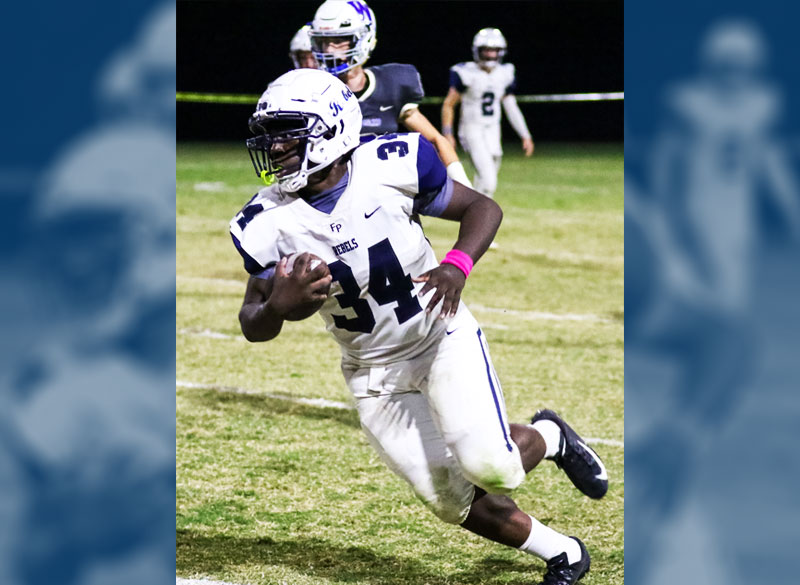 He was also the captain on the varsity baseball and varsity football teams. Last fall, the eight-man varsity football team advanced to the CIF semifinals for the first time in three years. While they ultimately lost to the Windward Wildcats, Harvey lead the team through an incredible season. During the May 28 call with Foot Locker, Harvey noted that he would have been playing his final season of Prep baseball if it weren’t for the global pandemic.

Guillermo Gonzalez, the head baseball coach, calls Harvey a great role model for his teammates and classmates. “Just watching him at practice with his work ethic pushed the rest of the team,” Gonzalez says. “Another thing I like about him is that he always offers himself if anyone needed help in the classroom. I’m happy for him—a well-deserved award.”

“Germaine has been an amazing student athlete for Flintridge Prep and this award is well deserved,” says Athletic Director Sean Beattie. “Germaine is a good athlete and student, but it’s his personality and work ethic that really sets him apart from most.”

Rivera notes that he isn’t surprised that Harvey was chosen out for the Foot Locker scholarship. “He is intelligent, respectful, kind, and always putting everyone first before himself,” Rivera says. “Germaine is huge in my heart as a person, leader, and like an adopted son. Germaine was born to build and transform, making a difference.”

This fall, Harvey will start his freshman year at Case Western Reserve University, where he plans to major in biochemistry or biomedical engineering. “This scholarship means a lot because it will take the burden off my parents financially. It will make getting a college education a lot easier,” Harvey says. “I was glad to be recognized and it’s truly an honor to be one of 20 chosen out of thousands for the award."